The Skinny on Nomine

For my first post I'd like to deliver some extremely crucial news to the gothic world. If you haven't heard already, the delightful Munchflower Zaius has released her new skins. They're edgier, more original and more unique than the older skins, with a variety of makeup for every character you might feel the need to play in Second Life.

My personal favorite is the Punk Bindhi in her China White skin tone. 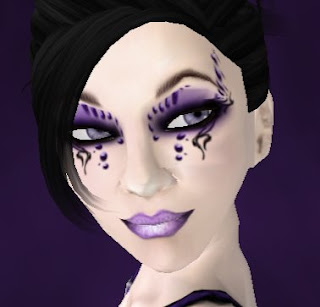 With these new skins, Nomine continues its domination of the pale skin market, and rightfully so. But Munchflower has also thrown down the gauntlet on beach babe skin designer Ambyance2 Anubis of Naughty Island skins with her new Latte and Fawn skins, which far outstrip her former line (which had a tendency to be a little too yellow). Her new skins have definitely remedied this, and definitely have that natural glow. Don't worry if you're not into the more exotic styles, she still has her more classic skins, such as this "Naturals - Pinup" in Dark Fawn. 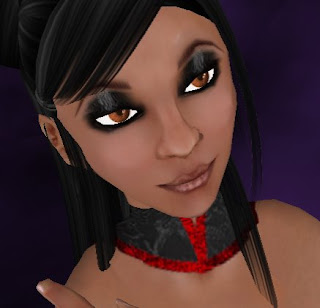 As always, the seams are immaculate, aside from the usual head seam up the back of the bald head. At 700L per makeup style, gobbling up every one of your favorites might get a little steep. But considering the quality of the work you're getting, and the time involved, it's well worth it. Nomine continues to be the only place I buy my skins, because I just can't get enough of them.
at 11:03 PM

I have the Bindhi in green on the Russet skin and I adore it. It works for all sorts of exotic fashions I enjoy. I also picked up several other make up styles for my Russet because it is, so far, the best and deepest of darker skins and I plan on enjoying it! I have a few of the pin up styles, a few naturals, and I plan on going back for more!