The sun has dawned once more and the creatures of the dark have retreated.  Another marvelous masquerade has passed and I'm so thankful to those of you who came to join me and dance with me. 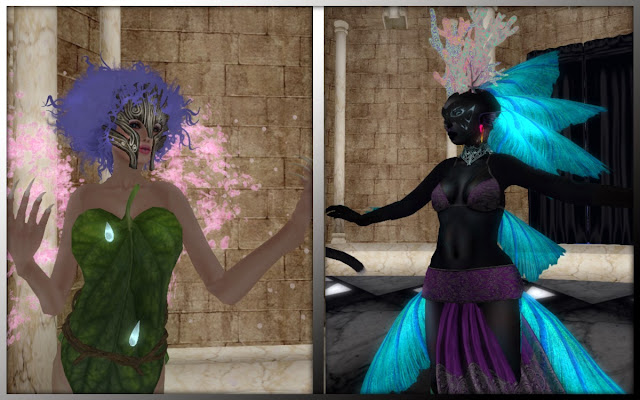 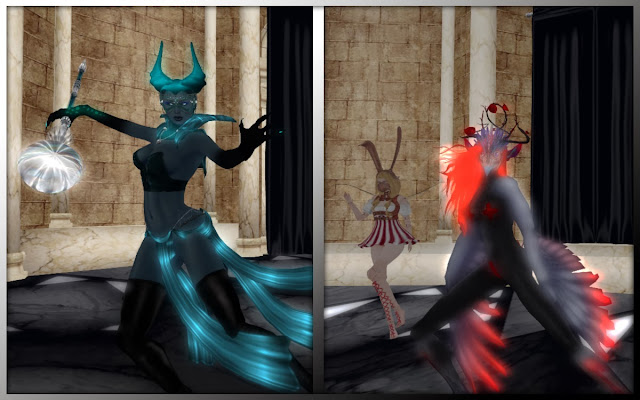 The company of dancers was a spectacle to behold, lighting up the darkened dance floor with their lambent lights.  Two dancers had to be chosen as the most effulgent of them all however, and so the vote was held. 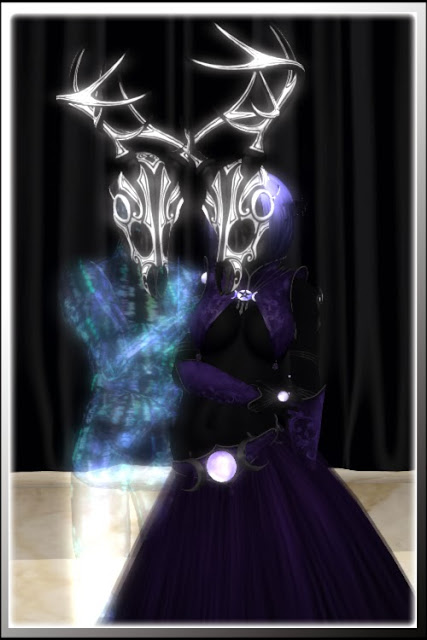 After a very tense and close vote the winners of the costume contest were the radiant Kaelis Ember and effervescent Ran Garrigus.  The prize that you see them wearing is a new mask I've been working on, the skull of a deer adorned with luminous paint.  Normally I do a male and female version of the mask but that would involve one version not having antlers, and I just couldn't force myself to make that sacrifice! 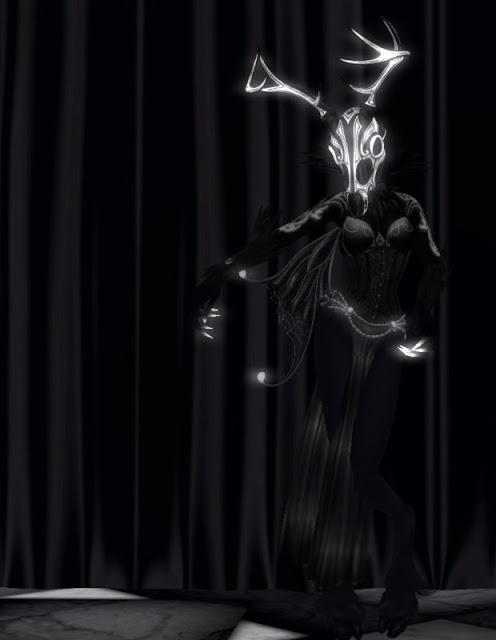 My outfit for the masquerade, with modified pieces by Deviance, Ni.Ju,
Schadenfreude, Gauze and ChaoticSpire

Don't worry, the mask will be for sale shortly, it needs to have some finishing touches put on and scripted before I'll be putting it out, but that won't be long!

It's been a hard year for me due to a lot of real life turmoil, but being able to escape for a while and enjoy the creativity and originality of your avatars and the joy of your company really did light up the dark.  Thank you so much for coming and I hope that if you missed this one, you might be able to make it to the next one.
at 8:33 PM 1 comment: