As smooth as a Sine Wave

I have found dances that are sublime. They are beyond smooth, they are beyond real, they bring your avatar to life before your eyes. I've permanently been spoiled and now no other dance will ever be good enough.

Sine Wave Animations is run by Easy Babcock and something tells me he has a motion capturing program because I don't know how he did it, otherwise. He has a modest selection of about 20-30 dances, all of which loop flawlessly and are meant for a single person. Most of the dances are definitely intended for women, but men who are comfortable doing more than shuffling their feet on the dance floor will find most of them delightful as well. Well, some of them.

I captured some stunning pictures of the beautiful, natural poses these dances put you in, all of which look like reality has been altered. Below are pictures from two dances called "Marscapone" and "liquid persia" respectively. 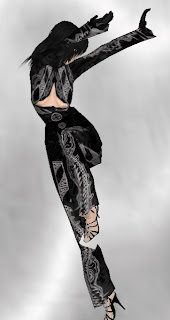 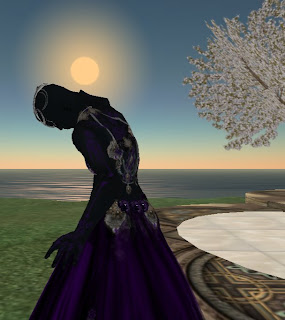 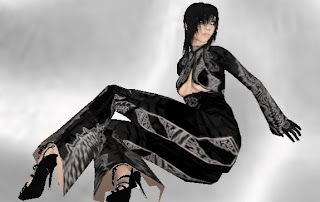 The store itself is a tiny part of Sine Wave Island, and is rather reminiscent of a trippy Andy Warhol studio. It's usually occupied by at least 8 other people, all of whom are raving about the dances, and spending a good ten minutes on each of the demo pads. I'd like to put in a warning: that the vendors can be changed by other people, and that I had the misfortune of having it changed on me right as I was paying for a different dance. Luckily, every single one of these dances is worth buying.

Each dance is no mod/no copy/transfer, and 350, 250 or 150L. When wanting to go on a shopping spree, this place could definitely get expensive. The store is definitely equal to an expert, masterful confectionary, where you know every single chocolate in there is sinfully delicious, but you have to pick and savor the few that you are going to lavish yourself with. Because make no mistakes, this is the good stuff.
at 11:54 AM

(let me try that again, ahem.)

I love dancing in SL, and I will shamelessly admit to owning everything sine wave makes. There is simply NO comparison at all to other dances anywhere on the grid. The only shop that comes close for such high quality smooth animations is Bits and Bobs, but they only sell three dances, intended for couples.

Have you heard of Animazoo? Many people now say they prefer Animazoo dances to Sine Wave's...