The masks were donned, the sun went down, and an array of dazzling and macabre costumes made their way across the bridge to the event hall, where music, dancing and a raffle ball awaited them! Black and white banners hung from the vaulted ceiling, and gentlemen offered their hands to join their ladies in an elegant waltz.

The party was, as you can guess, incredible. Elegant people, some who had been working on their costumes since the party was announced, great music, and the new, grand venue all came together to form a very memorable experience. In case some people have bad memories though, I also put out souvenirs! Jen Shikami of Seven's Selections donated very generously a beautiful pair of black and white wings, and I added a simple and elegant plumed mask to a giftbox that was set out. It was extremely difficult to pick a costume contest winner, since I wasn't exaggerating when I said the outfits were dazzling... 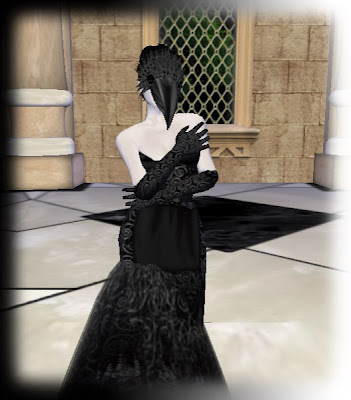 Miriel Enfield in Silent Sparrow and the Raven mask... 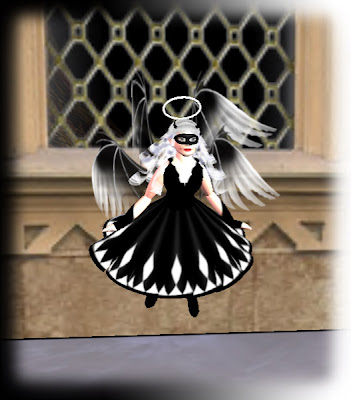 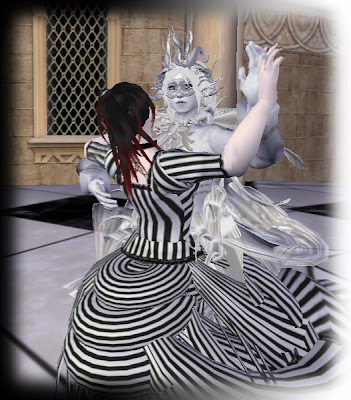 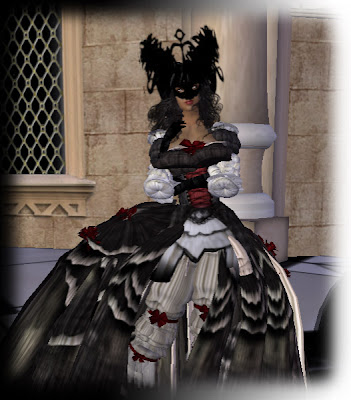 
In the end, Jaded Drake (who left a bit too quickly for me to nab a picture of him) and the gorgeous Caliah Lyon claimed the masks made especially for the masquerade. A matched set, Nacht and Nuit, which will be released shortly. Here is a teaser, with stunning Caliah in her winning outfit wearing the Nuit mask. 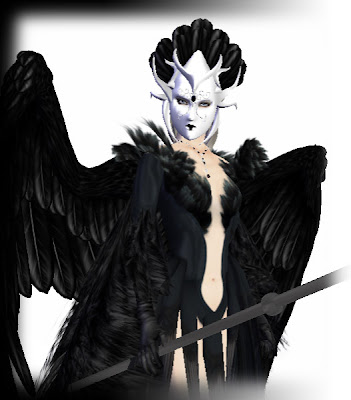 You can tell why she won O.o


Jen Shikami had fortune on her side, and was the winner of the 5000L raffle of entry fees. The party and sim were opened after midnight, to welcome the happy members of Masqueraderie who had been dying to get in. Or the ones who were just bored and up late.


The group was closed earlier today, with one last notice sent out thanking all who attended for a wonderful and enchanting night. And it certainly was :)
at 5:16 AM