It's finally time to come clean about my little secret project! Today, Nicky Ree released two new gowns, at the very least one that's bound to be an eyecatcher: Le Fleur. 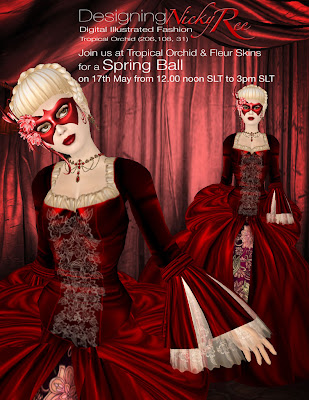 As a collaborative effort orchestrated by Nicky, she wrangled up Tigerlily Koi of Calla, Alienbear Gupte, Roslin Petion of Fleur skins, and yours truly to make up a beautiful and elegant baroque ball gown and look. It was an absolute pleasure to let inspiration take me away on this one. 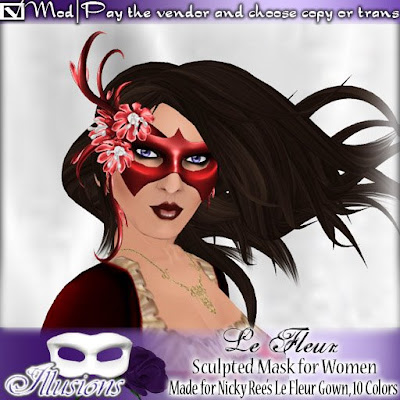 Nicky illustrated the flowers on the bodice herself, and from peering at them and trying to figure them out, I managed to recreate them in a three dimensional version! I made a black and purple version for myself, which I made the mistake of showing people so everyone ended wanting them. So... 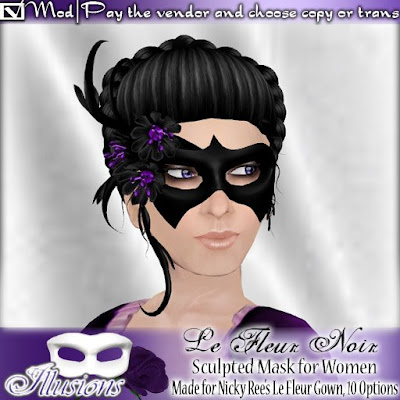 The Noir is the same as the original, but only the stamen of the flowers is changed with the options. Being the black fan that I am, this one is my favorite, and I really love the red flowers and the purple of course.


It should also be said that ever since my sale wall came down, I have literally every day received some form of query asking about my pirate hats. I did finish a couple of them, and because I simply can not bear being one of those stores that has nothing pirate related in it, I simply had to release these quickly as a preview of what is yet to come. 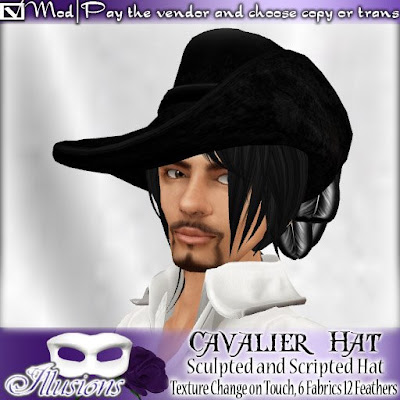 Oooooo higher deeetail. I know some people say that there wasn't anything wrong with the old ones, but I disagreed. The old ones didn't have UV wrapped textures, and the feathers were very low detail, and the crown wasn't sculpted, it didn't fit well together! Those are things wrong, darnit! Plus, these are scripted to change hat fabric and feather texture, yuuummy. 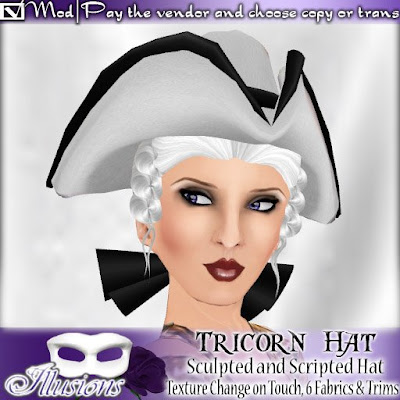 This one has, zomg, SCULPTED TRIM. That was tough, I'll just say. Zbrush doesn't really like doing multiple objects together, or at least not that I've found, so managing the trim to look as good as it does was a major pat on the back moment for me. This one also changes texture, to 3 different fabrics in black or white, with different colored trim as well. These are just the first of many, to get people to stop thinking and despairing that I've completely abandoned piratey goodness!

Another quick note, I'll be going away for the weekend, completely without internet access Friday-Monday, so please be patient if you try contacting me between those days. Thankies!!
at 12:24 AM

Well, maybe not a COMPLETE lack of internet, but certainly a diminished amount. It depends on how magnanimous her Mom is in letting her borrow her company laptop while traveling. ;o)

I love the Fleur masks! I bought the Lady Aurora gown from Nicky Ree and the mask, and I just had to make a new color version of the Tendril wings to go with it:)