I've been working very hard on pirate stuff lately, and realized it's taking longer than I'd like. So I remembered that there was a small quick project I could release pretty quickly to keep you guys happy and updated, which was touching up the voltos! 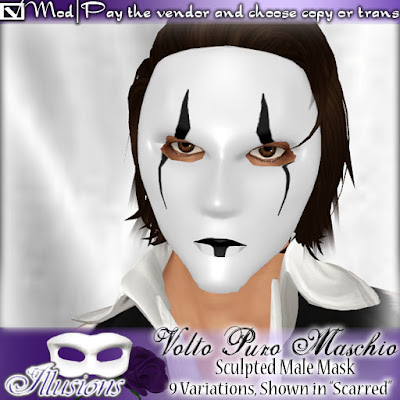 I retired the old Volto Maschio, because the shape was frankly inferior in fit and look to the female version. This new one fits much better on a typical male face (large head, large brow, smaller eyes, prominent nose), and also has those pronounced masculine features. It's more clearly a haunting male face rather than a weird pouty one. Plus, he looks like The Crow!

I also redid the textures on them a little, the older ones had a very flat, matte finish that was pretty plain and washed out. So I did a slightly glossier one that I feel has more definition. 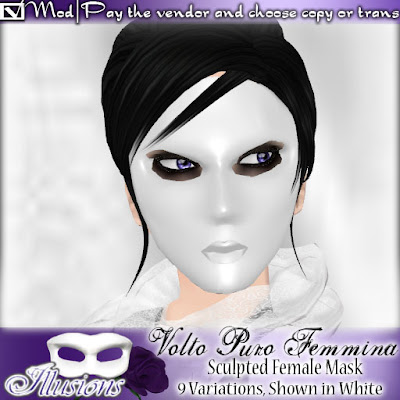 The pirate stuff is coming along nicely, I completed a really fun eyepatch today and I'm thinking I might do some sort of pirate belt as well, which is something the original Piratey Goodness line was missing. You can be pretty sure that this stuff is worth the wait ;)

I'd also like to make it more official, and say welcome to two stores in one, []TRAP[] and .::.Penumbra.::.. They're owned by two of my best friends, Selos Dae and Kriket Pimpernel. Today I built them a store building that they will be sharing, that's adjacent to my own and fits their rather distinctive styles. Penumbra, owned by Kriket, has beautifully made and painstakingly sculpted jrock, anime and neko hair styles. However, since she only started her store last month, her selection is still pretty small, but give her time! Selos, who I've mentioned a few times before makes beautifully soft, hand drawn skins that have stylized makeups and vibrant rich colors, in makeup and in skin tones. 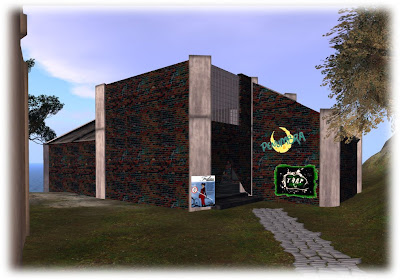 Their store can be found to the right of mine, just follow the path :)

Here's a sample of their work, and mine too, haha! Here's that eyepatch: 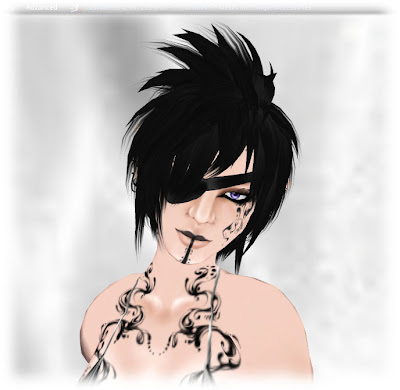 Skin: Custom tattoos and makeup by Selos (TRAP) (which I love and adore and can't use in any of my vendor photos, because I'll make people jealous ;)
Hair: "Hiroto" by Kriket Pimpernel (Penumbra) in deep black
at 3:14 AM

Oh fantastic! I absolutely love what they're bringing already. Picked up one of those hairs and can't take it off!