Like the soda that you drink and leaves an ache in your tummy, I had an enormous burp of creations I had to release before my cramp would go. I have had a few sets of antlers done since April, and a lot of people have been feeling taunted and teased by them. However, I refused to release them until I was happy with them, because that's what I do! The textures were absolutely unsatisfactory, and no matter what I did I couldn't seem to get them to the point where I wanted them.

Beware, there are four posts in this epic release, so settle in, get a drink and munch on some popcorn or something. 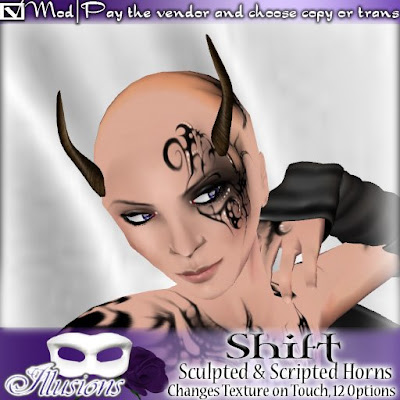 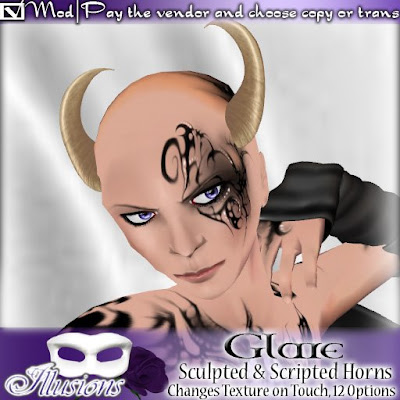 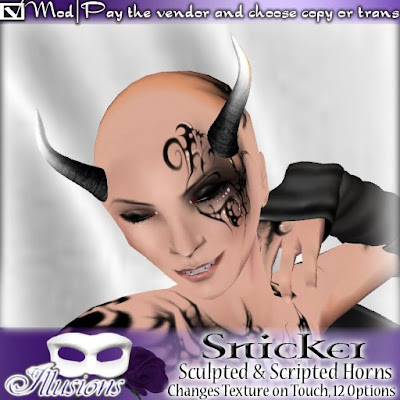 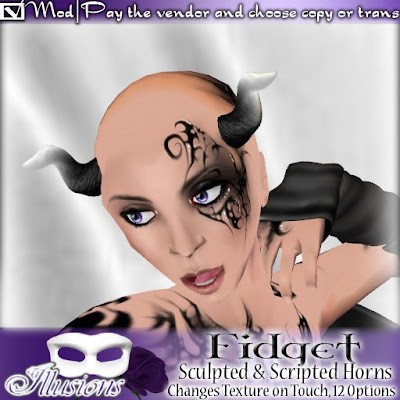 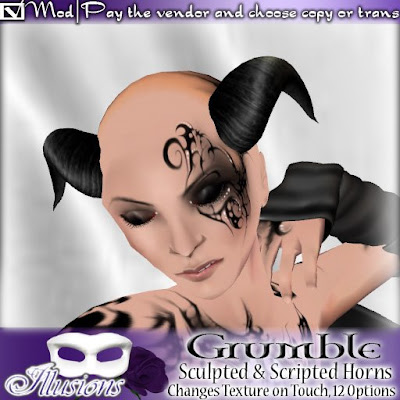 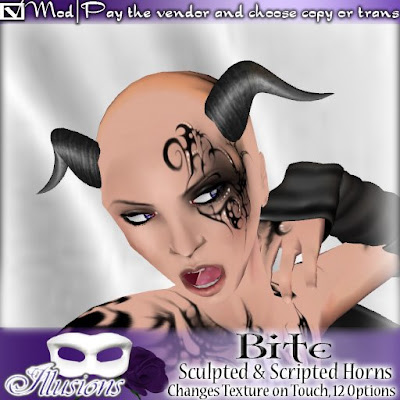 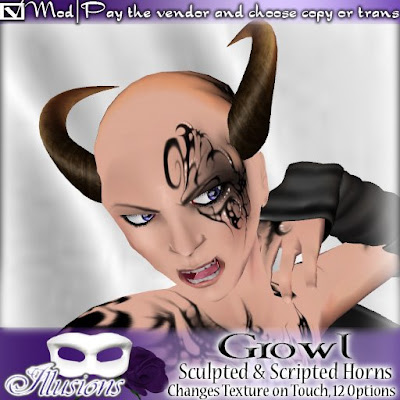 (You ate my skittles!? GRRRRRR!)

Obviously I had a ridiculous amount of fun playing with how I could use and combine the Linden default facial emotions to get fun effects. I also had a lot of fun seeing all those simple, cute, and adorable horns again. I realized I should make a few more and make it a nice block of nine. Which meant I could take more pictures! Hehehe >:D 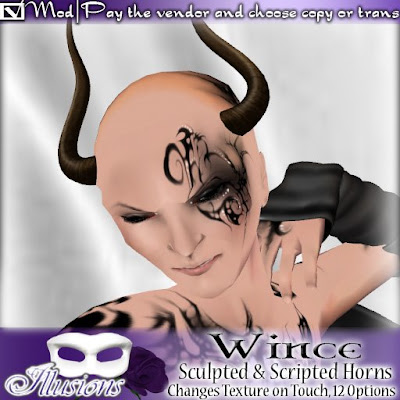 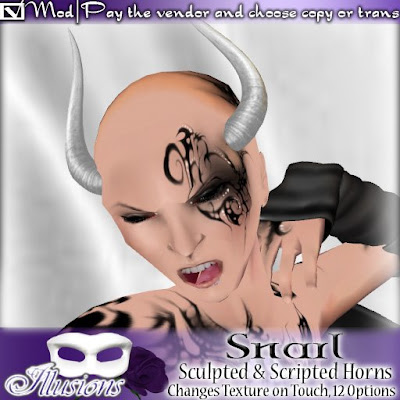 (Nyaarrr!)
Unlike the old horns, these all change texture to a selection of twelve different ones. Gold, silver and copper are all included as well as black, white, gray, bone, bleached bone, polished bone, light tipped, white tipped and dark tipped. This has made my job much easier, as well as serving as a fatpack, which is why the prices for the horns has gone up to 100L per from 45L. I think you'll agree that that's a fine compromise :)

I took all of these pictures with Selos' Heart skin, even though I ended up not showing off her scalp tattoo at least you still get to enjoy the makeup!

I've also started using an updated version of Miriel's vendors, which passes you a folder rather than a box for your object folder. What this means is I won't need to use boxes, which saves you having to unpack your things and saves me a lot of time on more complex releases.

Any chance you have ever thought of offering a fatpack of all nine horns together? For those of us who tend to be a bit hornier then most >.> *snickers*

/promptly deletes every other set of horns in her inventory.

...won't be needing THOSE anymore!