Just a quick update to acknowledge that yes, it IS December (as if everyone clambering over each other to put out red and green things and drown you in candy canes wasn't reminder enough), I've put out the Lussinat crown and the reindeer antlers from last year for the holiday season! If you've forgotten what they look like, here's a refresher: 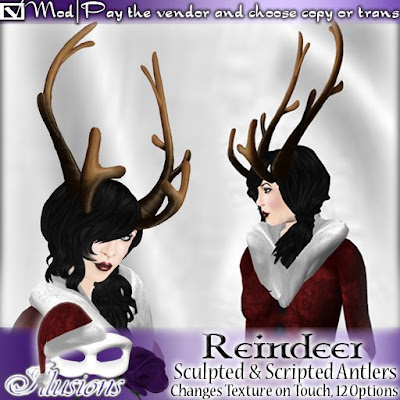 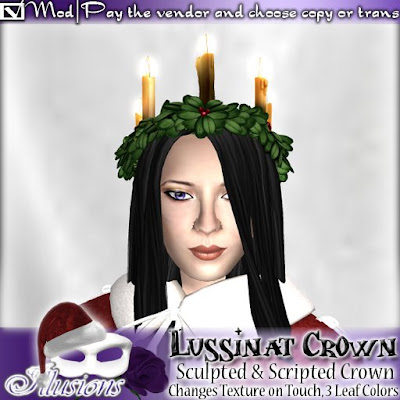 Lussinat Crown
They're joined by the old old Merry Jingly and Snowflake coats which have held up surprisingly well against the Whim of Retiring Doom. However... the holly jewelry didn't make it. I really haven't been in the mood to work on remaking it but I think I'll wrestle myself into it in the next week.

I've also gotten some questions about whether I'm going to do another limited edition like last year. The Odocoleinae Lumina have become almost legendary and are certainly a tough act to follow. To tell the truth I'm not sure if I have it in me for something else as epicly awesome as those. If I can dream up something awe inspiring, I'll do my best, but no promises! I'm only just getting my creative muse back after the flurry of October and the rigor of the roses and I don't want to chase her off with another enormous project.
at 3:22 AM

And everything, and variants?

Not sure what you mean, variants for what? The crown and reindeer antlers?

Your work always seems to come out soooo perfect. You must put a lot of time into it.