Seven hours later, I'm all partied out. What a bash, seriously! As always, the costumes were simply magnificent which is the more impressive because everyone was working within the 200 prim limit. I would almost think the best part of it was seeing all the costumes if everyone wasn't such good company :) 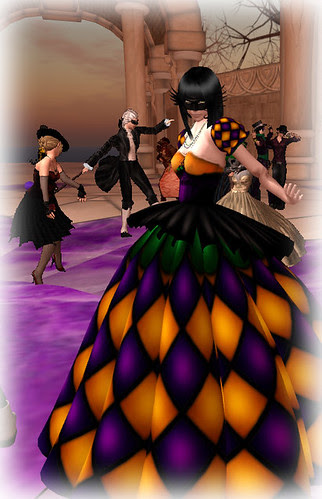 There were so many wonderful costumes, I had to pick only a few of my favorites for this blog entry, but there are far more on my and my store's Flickr streams from me and other party goers. 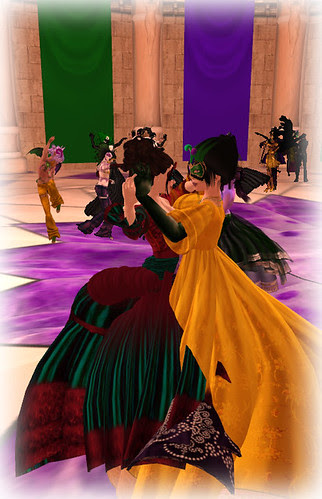 Myself and Miriel Enfield 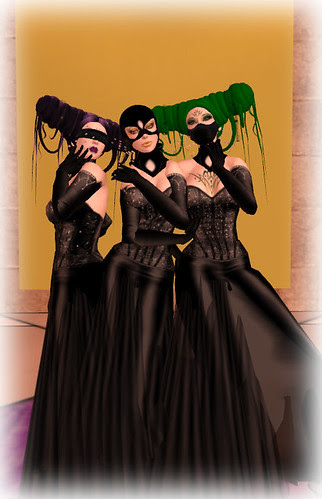 Hehe, "the evil twins" as they were dubbed turned a lot of heads with their original concept, and so they won an honorable mention in the costume contest. But the winners who took the titles of Mardi Gras King and Queen were the impeccably and fabulously dressed Khamudy Mannonen and Juana Manuel. 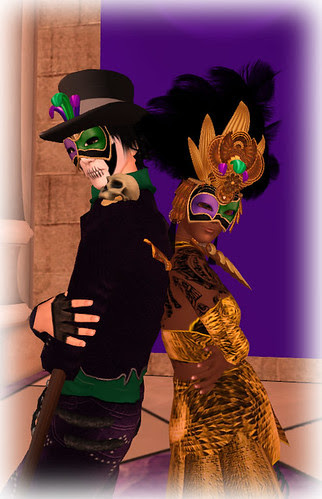 (See their original costumes here and here)
It was an amazing send off for the Event Hall, which will be destroyed and replaced with a new one for the new sim build. It has seen four glorious parties and hundreds of amazing costumes within its walls, and I'm sure the new one will only serve its legacy well.

I want to thank everyone who could come for sharing your company, your wit and your beautiful avatar with us. It wouldn't be a party without you. Happy Mardi Gras, everyone :)
at 4:16 AM

I found this site using [url=http://google.com]google.com[/url] And i want to thank you for your work. You have done really very good site. Great work, great site! Thank you!