So, I mentioned that my friend Selos had been helping me get back into making things. She's been wanting to do a project together for almost as long as I've known her, which at this point is something like 8 years! I usually had my own projects I wanted to work on so things just got put off, I guess.  This time, since I was having so much trouble finding inspiration she plopped me down in front of some concept art and pointed to it and said "make this".

She put out her "gelf ears" not long ago and wanted some jewelry for them, and since I did jewelry for my own elf ears she knew I'd be up for the task.  The concept art that she showed me was of an elegant elf with little lanterns dangling from her ears.  Since Selos simply can't NOT have glowies on something in her store, I could see where she found the appeal.  I made the lanterns and then finished off with a few of my piercings from my Lunarian earring set.

The vendors are hers but they're set to split profits, so you can find them in either my or her stall at Fantasy Faire.

Speaking of which, I needed an RFL item, as part of the terms of signing up for Fantasy Faire are to offer up two items for charity.  I chose an old hunt gift that I had made and then never sold that still looked pretty good in my opinion.  I know it's not new but it's at least something that wasn't really available.  It looks good in purple!  There's also one available in black. 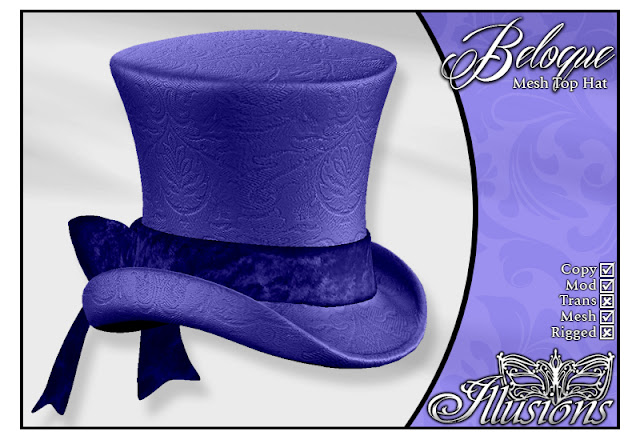 Again, these items are available at my store at Fantasy Faire on The Rose sim for its duration.  It's a beautiful place, you should absolutely visit just to see if not to shop!
at 12:48 PM