Playing hosts to the hosts of hell turned out better than I could have expected... who would have thought they would be so kind, gracious, and considerate? One thing I noticed especially is that they are impeccably well dressed. 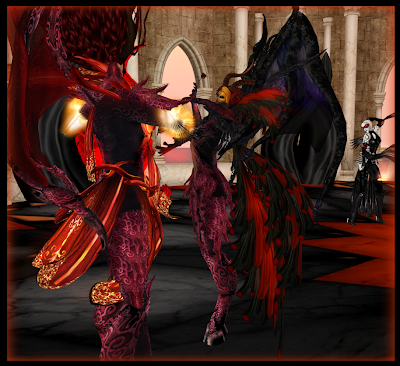 The costumes are always so stunning and creative at my parties and I end up a hopeless shutterbug, taking as many pictures as I can to take all of them in. There are a few more pictures on my photostream on Flickr. It's always almost impossible to choose who has the best costumes, however the voting cast Dyisi Oppewall and Ran Garrigus as the Burning King and Queen. 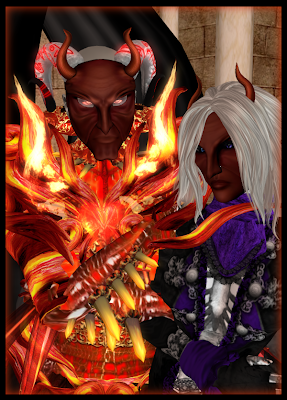 They are now the proud owners of the Burning King and Queen masks, which I will be releasing soon pending a couple of tweaks. I've been busy cleaning up all the ash from the floor and removing the tormented souls that stuck to a few demon's hooves.


Don't worry if you missed it! If you were in the group, I'll be sending the event mask (the one shown in the invitation) through a group notice. I also know that real life gets in the way sometimes, and that I do hold more masquerades >.>
at 7:11 AM